The shape of the nose greatly affects the impression the face makes as a whole. Akhmatova’a famous nose hump is the source of understandable affliction for many men and women. Although the celebrated poet turned this imperfection into her trademark, it is still a problem for many. Everyone wants to look beautiful from any angle and have a neat profile.

Curved or beaked nose is also known as aquiline or Roman nose. The word ‘aquiline’ is of Latin origin: it derives from ‘aquilinus’ (‘eagle-like’) obviously referring to the eagle’s curved beak.

Unfortunately, a long nose with a hump, a hooked or way too curved nose is not part of what attracts men and girls nowadays. This problem makes many people feel shy of their appearance, or avoid being photographed because most photos showing them in profile bring disappointment rather than joy.

Ideally, the angle between the upper lip and the nose (the ‘nasolabial angle’) should be within 90-105 degrees in women, and 90-95 degrees in men. When this angle is less than 90 degrees, it creates the appearance that the tip of the nose is lowered or hooked.

The problems created by having a long aquiline nose include: 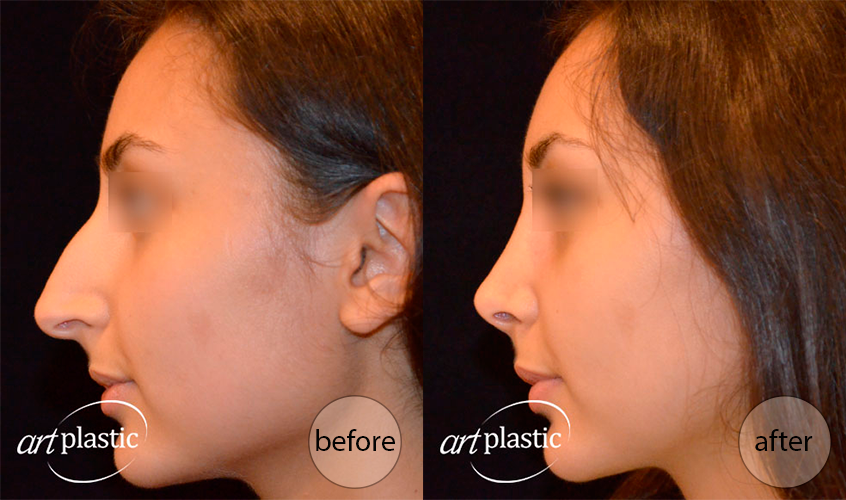 There are 3 main factors creating predisposition to this cosmetic defect: 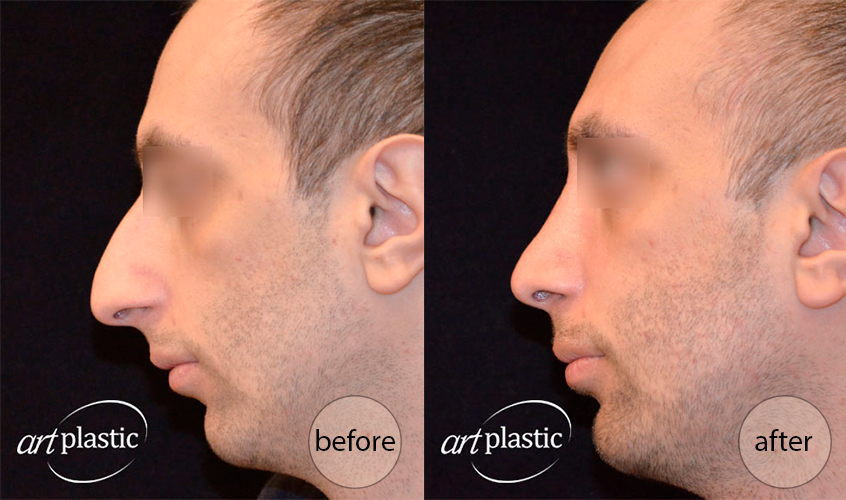 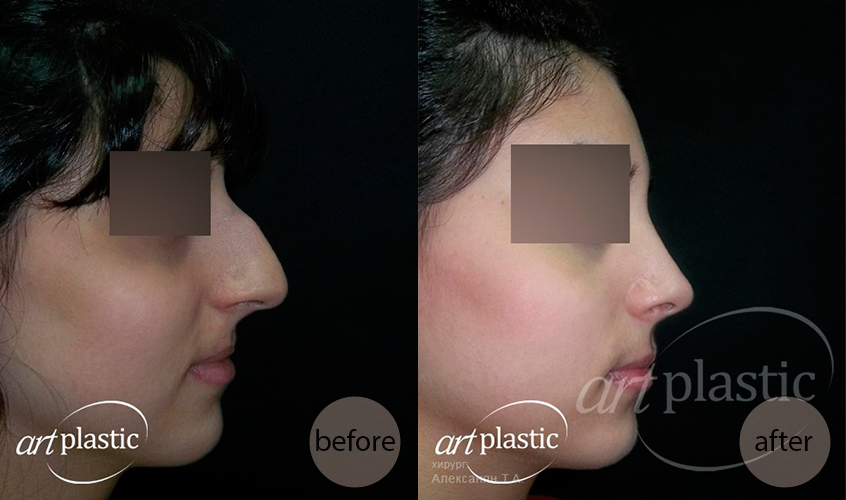 How to fix a long aquiline nose

The only effective way to change the shape of the nose and remove the hump is rhinoplasty. It can help both men and women, regardless of the cause of the nose defect. Plastic surgery can be performed in an open or closed method, depending on the severity and location of the cosmetic defect. Typically, nasal hump is treated by way of open rhinoplasty. The surgery will not only relieve you from the stress associated with the far-from-ideal nose shape, but also improve the nasal breathing quality if the shape of the nose was the cause of its impairment.